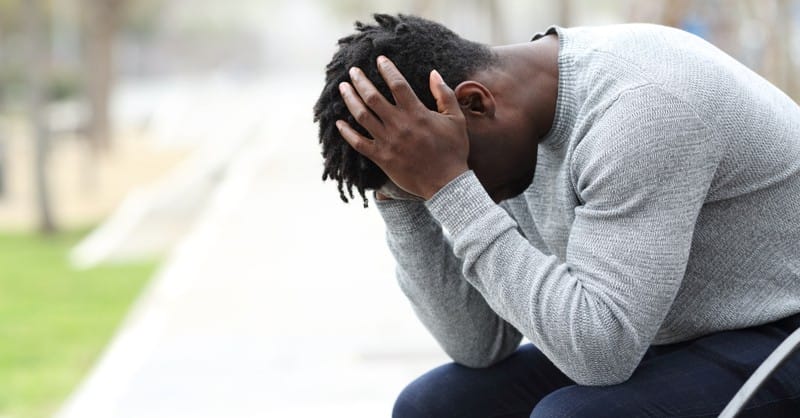 Sitting and listening to the “Rise and Fall of Mars Hill” breaks my heart. Reflecting on that season of the American church reminds me of how I got disillusioned as a young pastor. But, coming out of that, what have we learned and how do we prevent it?

Everyone has junk.  There are no perfect people.  Everybody has inabilities and weaknesses. No one has the whole package.  It’s a lot more fun to look at someone else’s imperfection than to look at our own. As a matter of fact, I’m convinced the reason we love judging others is because it makes us feel better about ourselves – “I’m not ‘that’ bad!”

There’s no doubt about it, leading a church can be hell.  But many times there’s our own “manmade hell” that we unintentionally create.  I used to think it was because they failed morally or ethically in huge ways, and some do as we have heard.  But most pastors fail, not because of huge sin or moral issues, but because of a lot of little stuff, overlooked stuff, ignored stuff – that isn’t ‘that’ big, but over time cascades or sticks its head up at the wrong time costing us and others a lot.   Yes, there are many reasons pastors and faith leaders fail – many having to do with skill, competencies, etc. – but I want to look at some things that go beyond those.

Don’t be impatient.  Some pastors and leaders get in a hurry and are so impatient they don’t wait for God.  They don’t realize how close they are to God’s blessings and the fulfillment of dreams that God has placed in their heart – yet they can’t be still.  When Northwood began to do cell groups, we didn’t do it because it was working in America – it wasn’t.  We did it because it was a discipleship model that engaged the city and could multiply anywhere in the world.  Was it easy?  No.  Was it hard?  Yes.  Our church was changed – but we had to be patient.  That culture shift cost us people.  When we began to reach out to people of other faiths – we lost some people at first, but gained others that believed in it.  That culture shift cost us people.  When our church began to hire new staff and diversify – everyone likes that – in theory, but we lost some people because of it!  The greatest things you are going to do in ministry are not going to be easy – but they’re worth waiting for.  Looking for that special ‘opportunity’ may actually remove you from it – it is often right where you were.

Don’t hype yourself.  Some guys ignore the character flaws that are ultimately crevices that they fall through.  You’ve heard about it, pastors who take other pastor’s stories and illustrations and say it was them.  I once had a policeman tell me pastors are the worst people to give tickets to.  Because of that I try to smile and say something nice to the officer who gives me a ticket – but I don’t want to!  Exaggerating, taking credit for something someone else did to make yourself look better always leads to a dead end.  I remember when I was studying at Fuller Seminary and we had to study churches, there was a certain way we were to count, because our professor told us all the creative ways churches counted.  A church that grew to 2,000 or 5,000 or 10,000 is great – but invariable some would double count, triple count – all kinds of creative ways for that extra 1,000 – why?  I think we wind up substituting God’s work for our self-image and sense of worth and value.  When you’ve been at a church as long as I have, you have ups and downs, growth spurts and even losing people.  I’ve learned some of those ‘pruning’s’ are the very things that have to happen to let you go to the next level.  I’ll tell you something else I’ve learned in the form of a question – Is the primary story of your church your attendance?  If it is – you don’t have a story.  I’ve also learned it’s a lot easier to increase attendance – a metric – than grow a church – a culture.  The future of the church in any place in the world is how it engages and creates an alternative kingdom culture and that is about how we think and see the world and life.  When we begin to oversell and promote ourselves and our work above the body of Christ and our love of him we have switched loves.  Some leaders lose opportunities without ever knowing it – simply because they have lost credibility.

When we begin to oversell & promote ourselves above the body of Christ & our love of him, we have switched loves. Some will lose opportunities without ever knowing it, simply because they have lost credibility. Click To Tweet

Watch out for jealousy and envy. I once heard Rick Warren say if you are envying someone else you cannot value what God has given you and you won’t develop.  Being filled with jealousy over someone else and gossiping is not just a character issue, it’s a theological issue – we are all in the same body of Christ.  Some ‘church’ expressions in the US are built on trashing other forms of the church.  I simply know of no movements built on anger or religious people trying to reformat the church.  Movements come from new believers who redefine various expressions of worship, life and discipleship.  Some leaders refuse to live in community so they gossip and trash each other.  With a celebrity pastor culture, we have set ourselves up for a ladder where leaders try climbing over one another to get to the top of a wall that isn’t held up by Jesus.  All of us are in the same church, even though the churches we lead can look very different.  Different expressions shouldn’t be competitive but should be collaborative.  When you leave the ministry angry, ultimately you become bitter.

Be cautious of leading from fear.  Some leaders refuse to confront issues because they live in fear.  Many times leaders will tolerate sin, rebellion, and negativity because they fear the impact of people leaving if they deal with it.  Two things are huge here; first you can’t build God’s work on a sinful and negative foundation.  The second thing is you never move forward with clutter.  Sometimes it does hurt you in the immediate future to make a hard decision and do the right thing.  Confronting issues doesn’t mean being hateful to people.  Diplomacy, tact, respect – all of these come into play when dealing with issues.  Most growth and development is tied to problem solving – not a single process that takes you to the top!  Confrontation simply is not an option – it’s a reality.  Pastors have lots of fears – from losing people, to paying bills, to not being perceived as effective . . . nothing will go after your self-image like pastoring.  A few years ago I came to the conclusion I am simply never going to be enough for everyone, but I can be enough for God if I find my identity in him.  As my friend Jim Hylton says, “We are sons and daughters but most of us act like orphans.”  At the core of all fear is an issue of identity.  Some quit because they simply don’t want to deal with the ‘fight’ that’s in front of them – read Acts – the conflicts the church were in were painful, but when handled properly they propelled the church forward.   Confronting our fear doesn’t just change the situation but changes us. I remember a time when I was with a global pastor who shared how he has faced a lot of persecution and has seen people lose their lives for the gospel.  There’s been some times I’ve been in some sticky situations like that as well – but generally that’s when I’m traveling, it’s not a day in and day out affair.  He talked to me at length that his entire view of death was transformed not just because of the cross but because of the immediacy of his potential death.  It forced him to go deep about life and death and what mattered.

Beware of what is tolerated.  This isn’t the good kind of tolerance, but the bad kind.  There is a ‘church’ or ‘christian’ culture of following God that isn’t always healthy.  Leadership in the church doesn’t mean ‘king’ but ‘servant’, from money, to being treated special, to inconsistencies.  These things, when ignored, lead to massive failure down the line.  I’m convinced most pastors and faith leaders that crash and burn started out with pure motives.  Somewhere along the line, they saw how other pastors and faith leaders did ministry and life in ways that weren’t healthy, but the ‘if everyone does it’ mentality comes into play.  We also can tolerate sin – ‘Wow, look at how God is blessing – it’s ok’.  That little thing grows and takes us down.  The purity of the heart and motives in the kingdom of God are everything.  This is why pastors cannot live in isolation.  This is why pastors need community.  This is why pastors need people to hold them accountable who love them.  This is a huge issue for pastors.  The problem is most pastors come from outside the church with little or no relationship with the people they lead.  So, they’re in polity structures that demand accountability and transparency without relationship.

We will again hear of another fall from a big Christian leader. But what we won’t hear are the pastors who aren't celebrities who quietly die a solitary spiritual death because of exhaustion & despair. Don't be one of those. Click To Tweet

I could go on and on and on – in the near future we will all hear of another spectacular ‘fall from grace’ from some big Christian leader.  But what we won’t hear about is the other pastors and leaders who aren’t religious celebrities but who quietly went away and died a solitary spiritual death because of exhaustion and despair.  Don’t be one of those.  Deal with your junk.  Nobody is perfect.  I’ve dealt with this stuff  – we all have stuff.  Jesus doesn’t just have the ability to ‘save’ others – but you as well, good sinner.