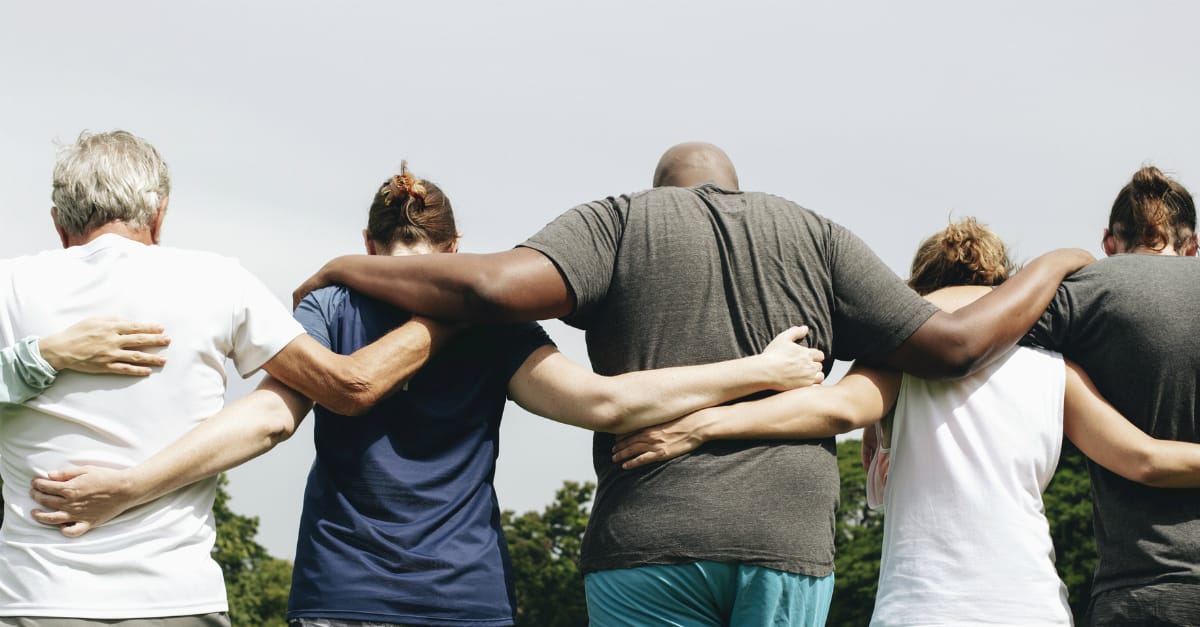 Who is My Neighbor?

By Bob Roberts JrMarch 9, 2021No Comments

So much of my multifaith ministry can be traced back to Jesus’ profound question in Luke [10:29], “Who is my neighbor?” I am deeply challenged by the broader context of Luke [10:25]-29 and have come to experience a deepening love for Christ in my friendships with people of other faiths (or no faith) when I see them not as just a target to convert, but as true friends that were created in the image of God. At Northwood Church, we have been working hard at building relationships with the various faiths that we encounter in DFW. To be clear, we’re not into what many call interfaith, which I see as loosey-goosey, let’s all just hug one another and ignore core truths that show us to be distinct from one another. I believe in the concept of multifaith more (see the work of Multi-Faith Neighbors Network), which says we have fundamental and theological differences, but the best of our faiths teaches us we should get along. I wanted to do all I could to build relationships, so instead of living in fear, we could live in peace with one another. I invited an imam and rabbi from the DFW area to meet with me at my Baptist Church (if I could do this over, I’d probably choose another more neutral location) where I stated in conversation that Jews see Jesus as one of many would-be messiahs, Muslims see him as a prophet, and we Christians see him as God. But we can and should still be friends. Relationship is the foundation of any meaningful discussion on religion. This meeting was the catalyst for our (imperfect) journey as three congregations that have brought our people much understanding and joy!

Loving others isn’t something we do when we agree, or when they’re like us, or even when we like them. Loving others was made for when it’s hard, scary & near impossible. Click To Tweet

What can be done?

The world we live in seems like it’s stuck in the mud when it comes to engaging the multiple faiths in our front yard, yet there are so many non-threatening things that can be done to allow us to get to know one another. After my conversation with the imam and rabbi and a lot of planning, our church, along with the mosque and synagogue, decided to combine our congregations for a weekend event. We began on Friday night with all three congregations going to the synagogue to have kosher desserts and to participate in a Jewish worship service. That was followed by a question-and-answer time with the imam, the rabbi, and myself. The next day we repeated the process at the mosque. Sunday everyone came to our church. Although us three clerics were excited to see many of our congregation participate, there were some who did not engage and even scratched their heads at what we were doing.

Not as easy as I imagined

Our church had been involved in ministry to Muslims, and others, in various parts of the world for years, in fact hundreds of our members have traveled to Vietnam and worked with the government there to serve the poor. We have been connecting members in face-to-face projects. Nearly a hundred exchange students have come to live with our members in the DFW area to go to local universities. We had learned to love the very place where so many Americans died, ruled by a government that was officially communist. I thought, in light of that, working with Muslims in our own country would be easy. I was wrong. Those who were most upset would no doubt fund missionaries to go witness to Muslims overseas, but they wanted to isolate themselves from Muslims who lived in our city—and in many cases lived in our neighborhoods, attended our schools, and shopped at the same stores we did. One of the lessons many of our members at Northwood have learned, over time, is that loving and befriending all people in our neighborhood opens the door more naturally to conversations around faith and presents more opportunity for presenting the Gospel. After all love in action moves the ball forward and does so like nothing else. It connects people, and that’s what can begin to make a difference.

After all love in action moves the ball forward and does so like nothing else. It connects people, and that’s what can begin to make a difference. Click To Tweet

A nightmare or opportunity?

Loving others isn’t something we do when we agree with them, or when they’re like us, or even when we like them. Loving others was made for when it’s hard, scary, and near impossible. Our faith wasn’t made to live in a vacuum or isolation. It’s something we do face-to-face, heart-to-heart, hand-to-hand. Multiple faiths are all around vying for converts, promising salvation, and claiming to be the way. It can be seen as a nightmare—or an opportunity for us to share and live out our faith as missionaries at home.