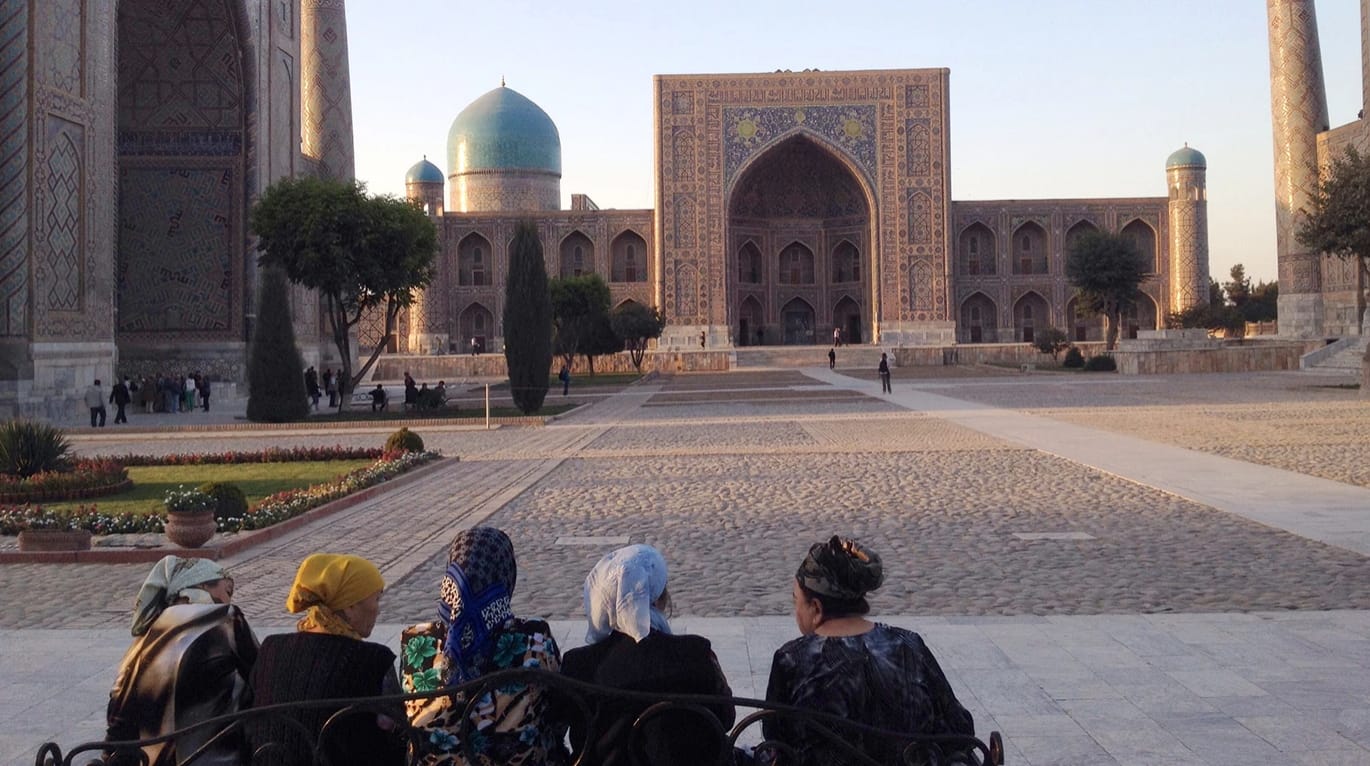 Officials make their case in DC during the State Department’s religious freedom ministerial.
MORGAN LEE|JULY 26, 2018 [09:17] AM
Uzbekistan is an unlikely poster child for religious freedom.

Open Doors currently ranks the Central Asian nation as No. 16 on its 2018 list of the 50 countries where it’s hardest to be a Christian. The US State Department named Uzbekistan again this year as a Country of Particular Concern (CPC)—a notorious list of religious freedom violators that the former Soviet republic has been included on since 2006.

And yet, four key members of the Uzbek government were in Washington on Wednesday, on the sidelines of the State Department’s first-ever Ministerial to Advance Religious Freedom, in order to showcase the country’s newfound commitment to take religious freedom seriously.

“Uzbekistan has a centuries’ old history of respect and tolerance toward religious groups,” said foreign minister Abdulaziz Kamilov. “Our government treats religious values with profound respect. There are 140 nationalities and 16 religious faiths in our country, with operation of more than 2,000 religious organizations. All these stand as our greatest historical, cultural, and civilization heritage.”

Kamilov said the CPC designation marked a low point in Uzbek-American relations—the US had shortly beforehand shut down its military bases there—but he believed that the nation’s modernization could bring the two closer together.

“Our country stands ready for a broad international cooperation in this sphere of religious freedom,” he said.

Uzbek senator Sodiq Safoyev suggested that behind the government’s policy change was a belief that addressing the issues of the modern world required economic and political transformation, and that religious freedom would play a role in making that happen.

Kamilov and Safoyev were also joined by Uzbekistan’s minister of justice Ruslanbek Davletov and Akmal Saidov of the nation’s Supreme Assembly. (President Shavkat Mirziyoev visited the White House in May, the first such visit since 2002.)

“That [panel was] different than anything you’ve ever heard from almost any place in the former Soviet Union,” said Chris Seiple, president emeritus of the Institute for Global Engagement, who organized the panel and will lead a delegation to Uzbekistan this fall. “… They’re institutionalizing the process of change. That’s the key. The process is the goal.”

Much work remains before Uzbekistan leaves the CPC list. Unannounced raids on religious meetings will have to cease. A number of people also remain in jail on charges of religious extremism—a designation that some fear may be overly broad.

And yet, “it’s an incredibly hopeful and practical moment,” said Seiple, who wrote his dissertation on Uzbek-American relations. “Uzbekistan is bucking all the authoritarian trends worldwide and saying, ‘We’re going to set a different model.’ It becomes an opportunity to show the rest of the world, ‘We can do this and it works.’”

If successful, religious freedom advocates hope that Central Asian neighbors take note. Both Tajikistan and Turkmenistan are also on the CPC list, while the US Commission on International Religious Freedom (USCIRF) has recommended that Kazakhstan join them.

During the DC press conference, Uzbek leaders outlined a number of institutional commitments that their government was in the process of making good on. They are currently streamlining the registration process for religious groups. They also promised that a multifaith religious council would work with them to review a 1998 law that places a number of restrictions on religion.

The current law was based on a 1997 Russian law designed to protect the Orthodox Church from evangelical “sheep stealing,” said Seiple. “It’s a terrible law that doesn’t allow for anything. Now they’re asking experts to come in and review the law in the context of a new era and security concerns from extremists.”

Uzbekistan is a secular state whose laws guarantee the right to convert, but do not permit full-time missionaries. Local Christians have been subject to “raids, threats, arrests, interrogation and fines, as well as the confiscation of religious materials,” reports Open Doors.

But their Muslim countrymen have arguably had it worse.

For years, Uzbekistan has offered its Muslims little autonomy. Instead, it appoints “all permitted leaders and [bans] all public manifestations of Islam outside the state-controlled Spiritual Administration of Muslims, or Muftiate,” reported Forum 18 last year. “The state through the Muftiate also controls what imams preach, and the number and location of mosques.”

Yet on Wednesday, Uzbek leaders suggested a new strategy in confronting Islamist extremism.

“Now it’s clear that [our government] can’t confront by repressive measures,” said Safoyev. “[We] should fight for hearts and minds of people. [We] should change [our] judicial system. Guarantee[ing] human rights and freedom and education is the best way … to confront political [extremist] Islam.”

“The irony is that [the Muftiate] always hollowed out the credibility of Islam to be a force against extremism,” Seiple told CT after the presentation. “But you heard them today say, ‘Repression cannot work. We need to have religious freedom to stand against extremism.’”

The Uzbek government has previously justified its measures by pointing to the rise of the Islamic Movement of Uzbekistan (IMU), which has sought to impose Shari‘ah law in the secular country. In recent decades, the IMU has spread to neighboring Tajikistan, Pakistan, and Afghanistan, and in 2014 pledged its allegiance to ISIS.

“Why does Uzbekistan export so many terrorists?” asked The Atlantic last year after an Uzbek man drove his pickup truck into a crowd in Lower Manhattan, killing eight people.

“In America we have the luxury of a single focus around religious freedom. But nobody lives that way in other contexts,” said Seiple. “Too much tolerance leads to terrorism. They live in a tough neighborhood. In the beginning of their independence as a country, there was all kinds of extremism. Now it’s a different era.”

Evangelicals can sometimes get worked up about laws restricting missionary work, says Texas pastor Bob Roberts, a longtime advocate for closer relationships between evangelicals and Muslims, who attended the presentation. But he sympathizes with the difficult choices faced by governments amid threats of extreme religious violence.

“You can’t underestimate the concern that many of those countries in those parts of the world have. Missionary activity does not just extend to Protestantism,” said Roberts. “It extends to these extremist groups.”

A country of 30 million, the majority of citizens practice Sufism, a mystical branch of Sunni Islam. About 10 percent of Uzbeks are Eastern Orthodox Christians. Ethnically, about 20 percent of the nation is of Russian, Tajik, Kazakh, Karakalpak, Tatar, or Korean descent.

For Uzbeks, part of articulating their country’s vision of religious freedom has been to see the ways that their country has practiced this inclusivity for hundreds of years. One of the world’s oldest Jewish communities can be found there, though its numbers are dwindling. Similarly, Uzbekistan was also a home to a Nestorian Christian community.

“The way we talk about other countries, we don’t acknowledge that long history at the beginning and allow countries to maintain, in some ways, their own dignity,” said Travis Wussow, vice president for public policy at the Ethics and Religious Liberty Commission, who also attended the presentation. “As advocates for religious freedom, we need to acknowledge that history and encourage countries to return to it.”