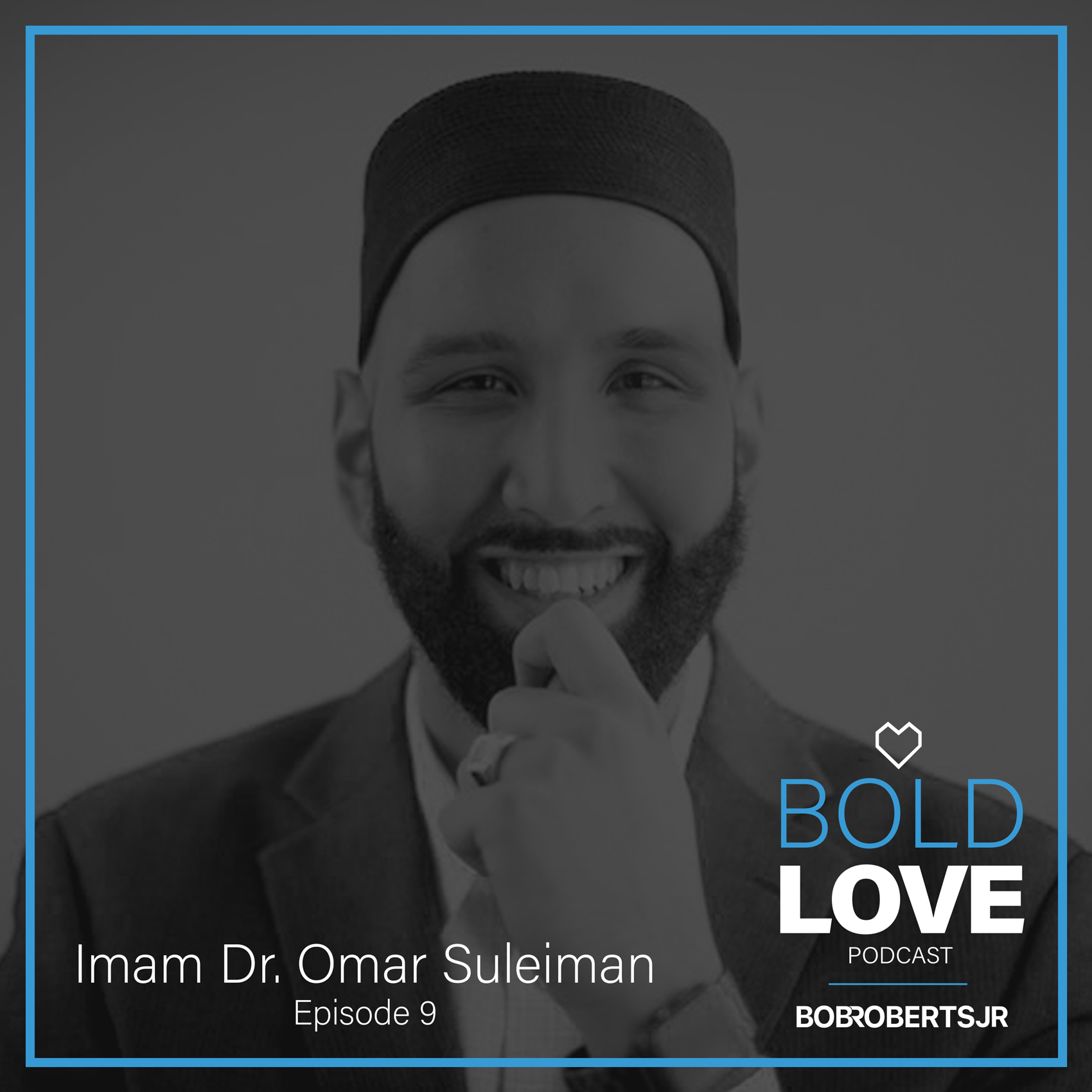 On the final Bold Love episode of the year, Pastor Bob interviews Imam Dr. Omar Suleiman. We deep dive into faith’s role in social justice, how Muslims & Christians should build relationships despite differences for the good of society & the future of American Muslims.

Omar is a renowned Muslim scholar and faith-driven activist for human rights. He is the Founder and President of the Yaqeen Institute for Islamic Research, and an adjunct professor of Islamic Studies in the Graduate Liberal Studies program at Southern Methodist University in Dallas, Texas. In addition to being recognized by CNN as one of 25 Muslim American changemakers, Suleiman is included in The Muslim 500 – an annual ranking of the world’s most influential Muslims compiled by the Royal Islamic Strategic Studies Centre

He is a New Orleans native and in addition to talking delicious cajun cuisine, we get to discuss how faith played a role in his upbringing, how his faith drives him to stand up & speak up for injustices seen locally and globally, how he urges Muslims & Christians to build deeper relationships with each other even with a disagreement in theology for the good of society and how American Muslims have been on a rocky roller coaster ride with US administration, policies and the two major political parties in general and what that looks like moving forward.

Moving past inshallah: What Muslims want to see in a Biden presidency by Omar Suleiman

Roger Williams and the Creation of the American Soul: Church, State, and the Birth of Liberty

About Pastor Bob Roberts JrDr. Bob Roberts, Jr. is the founder of GlocalNet, a non-profit dedicated to mobilizing the church for transformation in the public square, founder and chairman of Glocal Ventures Inc (GVI) and co-founder of Multi-Faith Neighbors Network (MFNN), a multifaith organization committed to creating international religious freedom through intentional cross-cultural relationships. He is also currently the Senior Global Pastor at Northwood Church and host of the Bold Love podcast.