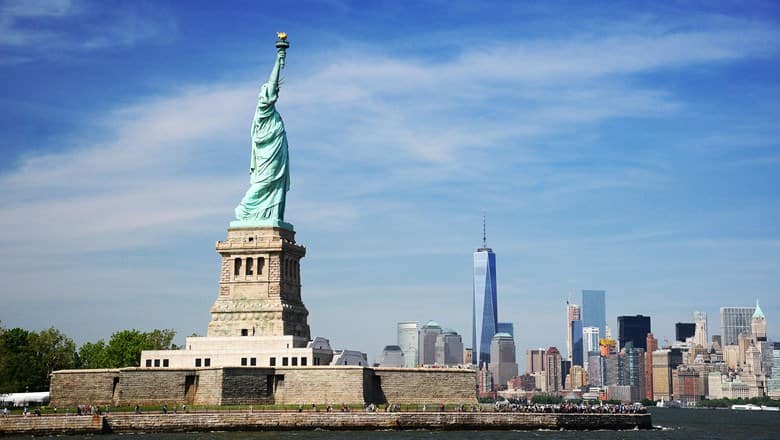 NASHVILLE (RNS) — Trillia Newbell believes the Bible tells her to pray for America’s leaders, so after the 2016 election, the evangelical author and speaker posted an online prayer asking God to watch over President Donald Trump and give him strength and wisdom.

Newbell did the same for President-elect Joe Biden last week. It was not well-received.

“I put a prayer up for Biden/Harris, the exact same one I did for Trump, and someone told me to ‘go to Hell,’” she wrote on Twitter.

For many evangelicals, especially those who supported Trump, the past four years have been a smashing success. He delivered three conservative Supreme Court justices, imposed strict limits on immigration and refugees, moved the U.S. embassy in Israel from Tel Aviv to Jerusalem and championed the idea that America is a Christian nation.

He also will leave behind a divided nation, where Democrats and Republicans alike see their political opponents as dangerous, according to Pew Research. As Newbell found out, the divide can even catch up evangelicals who do their best to pray for the welfare of all.

“My biggest concern is about those who are watching,” Newbell told Religion News Service in a phone interview. “What a shame it is that people who don’t know Jesus are seeing Christians at each other’s throat.”

The faith that evangelicals profess commands them to love their neighbors and to share the good news of their gospel. That good news includes praying and working for the good of the whole country, not just Christians, said the Rev. Bob Roberts, an evangelical pastor and church planter in Texas.

Roberts said he is thankful for the Trump administration’s support of religious freedom and for nominating pro-life Supreme Court justices. But backing the president has come with a cost, he said. Roberts said evangelicals share responsibility for the racial divides in the country and for taking the attitude that the end justifies the means.

“I think because the church is so messed up, our country is messed up,” he said.

Alluding to a passage from the Sermon on the Mount, Roberts said that until evangelicals repent, “We can’t be the salt and light that God called us to be.”

Ryan Burge, associate professor of political science at Eastern Illinois University, doesn’t expect much repenting. The president delivered a conservative majority to the Supreme Court and took a hard line on immigration — things that previous Republican presidents have failed to do.

“I’m convinced most evangelicals are happy because they got exactly what they wanted,” said Burge, an ordained Baptist minister who added that Americans, in general, don’t do repentance.

Instead, aware that white Christians are a declining segment of the U.S. population, Burge said, many evangelicals see every election as a chance to exert political power as long as they can.

Kristin Kobes Du Mez, a history professor at Calvin University in Grand Rapids, Michigan, agrees. But while the Trump era has led to some fallout, evangelicals’ celebration of Christian nationalism — the idea that being Christian is an essential part of being an American — has become gospel in many churches. And many white Christians see themselves as heroic figures, fighting the good fight for freedom and justice.

It’s hard to let go of those ideas, she said.

“I think the division within evangelical churches is going to be really hard to heal,” said Du Mez, author of “Jesus and John Wayne,” a critique of patriarchal values in American Christianity.

As with the larger body of Americans, healing will have to wait until the president’s evangelical supporters accept that the election is really over. This is especially true for those in charismatic and Pentecostal circles who believe in prophecies claiming that Trump was chosen by God to defend Christians.

“This is going to be overturned. And President Trump is going to be put back in office for four years,” wrote author and speaker Dutch Sheets in an article published three days after the election by Charisma.com, a leading website for charismatic Christians that has promoted Trump prophecies.

In an Instagram video, a pastor at the influential charismatic Bethel Church in Redding, California, apologized for his failed prophecy about the election.

“I was wrong. I take full responsibility for being wrong,” Kris Vallotton said in the video, according to the Redding Record Searchlight.

The video, however, was later taken down.

For these Christians, said Richard Flory, senior director of research and evaluation at the USC Center for Religion and Civic Culture, the election is part of a “larger struggle between Satan and God that won’t ever, for them, be finished until Jesus comes back.”

He expects that the prophecies about Trump will now be subject to reinterpretation, their failure seen as a sign that the devil is at work.

Flory, co-author of Back-Pocket God and The Rise of Network Christianity, studies what is known as “Network Christianity,” groups of charismatic Christians who follow “apostles and prophets” with few ties to institutional religion, preferring to use the internet, meetings and social media to go straight to the consumer. Trump, who used a similar approach to become president, he said, may continue to use these methods to feed a cult of personality.

“Donald Trump is not going away,” said Flory.

The conflation of Trump and evangelical faith has some church leaders calling for renewal among evangelicals.

“Evangelicalism faces headwinds of secularization but also of cynicism,” said Russell Moore, president of the Southern Baptist Convention’s Ethics and Religious Liberty Commission and a longtime Trump critic. He blames those who have turned evangelicalism primarily into a political movement.

Moore said it is time for evangelicals to refocus on building the kingdom of God rather than political power. Younger evangelicals, he believes, are already starting to do that, and Moore hopes more of their fellow believers will do the same.

“American evangelicalism can be renewed insofar as it is rooted in the ancient truths and practices of the people of God and anchored to the multiethnic, multinational body of Christ, united on earth as in heaven,” he said.

Newbell also hopes that her fellow evangelicals will start rethinking their approach to politics, which she calls idolatrous.

“I am not going to spend the next four years being screamed at for loving my neighbor,” she said.

Taken from RNS website and full article can be seen here.